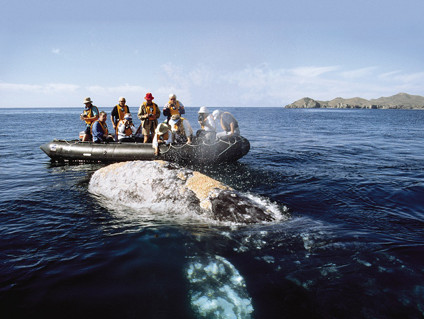 The other less visited California is like no other place on Earth. A place where history, nature and culture combine to create an area unique to North America and anywhere else in Mexico. Here’s why-.

Baja (pronounced Ba-ha) comprises the two most western states of Mexico. Together they form the Baja Peninsula – the second longest peninsula on earth. Only the Malay Peninsula in southeast Asia is longer. The Baja Peninsula is longer than the U.S. State of California, which it is attached to on its northernmost boundary, and also longer than Italy, Germany and is slightly larger than twice the size of the state of Florida.

It is roughly 800 miles (1275 km) long and averages 75 miles wide with its narrowest point at just 26 miles wide. It is said to be the last true frontier in this part of the world. Due to it’s remote location to mainland Mexico it’s often referred to as the Alaska of Mexico.

Baja California, Mexico can generally be considered warm and dry throughout the year. The northeast of Baja has cactus strewn desert throughout much of its area and has higher temperatures as a result. Pine tree high altitude national parks can be found in the interior while the northwest is cooled by the Pacific Ocean and experiences lower temperatures on average during the winter. To the south, Baja Sur gets more tropical. In between, there are many micro-climates depending on location and altitude making it a destination for anytime of year.

Home to some of the world’s friendliest people, Baja California is spread out and sparsely populated. Over 75% of the population lives along the northernmost border with the U.S. state of California. It presently has an estimated total population of just under 3 million with almost half of these people living in the very northwest corner of the peninsula in and around the city of Tijuana. Because of this there are many small towns and pueblos to explore just a few miles south of the international border.

It’s no wonder that with so much untouched open space in the form of wilderness, beaches and deserts there is a vast array of wildlife. Visit the national parks to fish in streams, spot endangered California Condors or watch deer by the lakes. Bored? A short drive away and you can catch Gray Whales migrating up the coast or Whale sharks feeding during the summer. Baja could almost be considered a planet unto itself due to the diversity of wildlife. Whale sharks, Bighorn sheep, Sea turtles and Dolphins are some of just the few animals that abound and call Baja home.

Come for a weekend or spend a lifetime. You’ll never tire of things to see or do.